Check out the Best Democracy discussion and news feed on Facebook.

Theresa Stets would like to replace state laws that preclude local government from self determination.

"Powerful state pre-emption laws ensure that communities cannot engage in local self government on a wide range of issues.  I will introduce a Colorado Community Rights Amendment that will put the right to govern back in the hands of communities. Issues affected by State pre-emption law include, but are not limited to, environmental rights (clean air, pure water, and healthy soil) and worker rights (living wages, equal pay for equal work).  Specific issues for which communities cannot currently exert local control include gun safety, minimum wage, rent control, fracking bans, and bans on mining with acidic chemicals."

as a step toward implementing multi-party democracy and Proportional Representation.

• Use of County government and resources to mobilize public support to end state preemption of all Colorado communities.

• End to three-Commissioner rule and transition to proportional representation in County government."

Yes on Amendment A: End Slavery in Colorado.

Yes on Amendment V: Lower the Minimum Age for the legislature from 25 to 21.

No, No, No on Amendment 74: Oil and Gas sponsored "takings" grab.

Yes on Lafayette Issue 2A: Oil and Gas Pollution Tax.

9 Months, 6 attempts for the Democratic candidate to answer one question on the record.

At the League of Women Voters candidate forum in Lafayette, CO on October 4, after 9 months of asking Matt Jones, Democratic candidate for Boulder County Commissioner, several times by email, once in a phone conversation, at three candidate forums, Matt finally went on the record as being against “Home Rule” in Boulder County.

"Will you answer, yes or no, if you will work to put "Home Rule" on the Boulder County ballot in 2020?" After 6 tries, Matt Jones finally answered: "Well, I can't answer yes or no. I wouldn't know that, but I probably would not." ... "all it does is arrange how your county works differently". That's the point Matt.

Boulder County is a statutory county. As such, we’ve had concentrated power in three county commissioners from one party since 1994, controlling a $426 million budget. Statutory counties do not allow citizens to place initiatives on the county ballot. Democratic Party County Commissioners, just like Republicans, like having 100% control. They don’t like democracy, sharing power or competitive elections. 24 years of one party winning every elected office is not a democracy. This is true all over the state. 82% of Colorado Counties are one party dominant counties. Most people in Colorado live in one party dominant districts, where elections are predetermined and can be predicted years in advance. El Paso County hasn’t elected a Democrat for 40 years. Unless we change the system that keeps only Republicans and Democrats in power, oftentimes with 100% control over most districts we live in, we will have unaccountable one party governments for perpetuity.

By taking a position against Home Rule, Matt Jones shows that he doesn’t believe in democracy and competitive elections. Matt Jones wants to keep our current one party system in place by preventing democracy from breaking out in Boulder County. It took me six times and 9 months to finally get Matt on the record about Home Rule. He’s not accountable and he hasn’t even been elected yet.

Candidates can win an election at caucus with <1% of the electorate voting in one party dominant districts.

Matt won the Democratic Party nomination with 358 of 700 (51%) votes at the Boulder County Democratic Party County Assembly on 24 Mar 2018. Four other candidates fractured the vote, the Spoiler Effect, and didn’t meet the 30% threshold for the Dem. primary ballot access. As every Democratic Party nominee has won for the past 24 years, Matt Jones typifies what’s wrong with our elections, winning office with 358 votes of 210,417 active voters in the county, 0.17 of 1% of the county’s voters, in what amounts to a predetermined election. If you can win an election with less than 1% of the voters voting, why disrupt a system that gives your party a lock on power for the foreseeable future?

I can't vote for Gary Cooper, the Republican nominee, for his stance on property rights, that property rights supersede human rights. He's against Colorado Prop 112, safer setbacks for drilling platforms. Gary is OK with Anadarko installing a fracking platform 500' from your house. In Gary's view, Anadarko's rights to a profit are more important than our health and safety.

At Large elections are designed to exclude many if not most voters.

Matt Jones seems comfortable using the same tool, At Large Elections widely employed by white supremacists across the South after the passage of the Voting Rights Act of 1965. At Large is only marginally legal. The Supreme Court found At Large violates the Voting Rights Act on the basis of racial discrimination in “Charleston County v. United States”. An appelate court found in "Brown v. Board of Commissioners" At Large is designed to diminish minority representation. At Large doesn't discriminate on the basis of color. It's just used that way. At Large discriminates against all minorities, not just racial minorities. Matt likes At Large as long as it keeps Democrats in power and excludes everyone else. That's a rotten form of democracy. Matt is a coward, covering it up for 9 months. He didn't want anyone to know, until after the election, he has no intention of putting Home Rule on the ballot.

Finally, a viable candidate who believes in democracy.

Matt will win unless you say NO! By voting for Cliff Willmeng, you can say NO! to concentrated power and exclusion of 99% of the population from decision making. We need to reject At Large fixed elections and move toward self determination. Cliff Willmeng wants to put Home Rule on the ballot, enabling initiatives and a move toward more representative government, Proportional Representation. There are other reasons to vote for Cliff, particularly his efforts with East Boulder County United to stop fracking in Boulder County, but his Home Rule and pro-democracy platform are my primary reasons. Cliff believes in democracy and competitive elections, lots of choice and accountability.

Please join me in voting for Cliff Willmeng for Boulder County Commissioner. 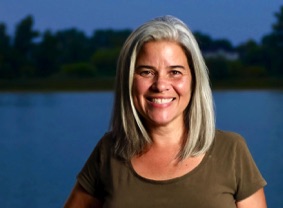 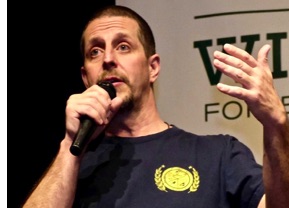 "I will be able to vote for the interests of my district, with maximum feedback/communication from my Colorado constituents through use of the newly-designed Proxy.Vote App. I will work to end big money in politics, end gerrymandering, increase voter participation, and pass Rank Choice Voting." 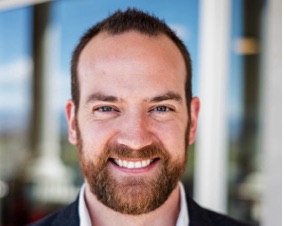